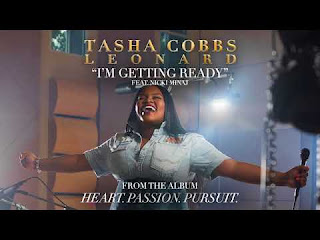 People need to stop being hypocritical and try being realistic and stop misusing bible passages to guise misconceptions.

I really do not see what all the fuss is about as regards Tasha Cobbs featuring Nicki Minaj, so long as I’m concerned, two creations of God gave him praise, ask me how I feel about that? I’m cool and down with it! No vulgar words used.

Society is one hell of crap, never acknowledged…

That’s it, I’m not about to spend credible time typing of how hypocritical we humans can get! but let me drop this shortly;

Same people that weren’t acknowledging the singer/wrapper during the days when she was “holy” till she sang anaconda, same people that listen to Chance the rapper and feel good dancing to Wo by Olamide, I could go on… Same people are here busy noise-making about a purely gospel song because of the personality they have attached to a worshipper, biko aren’t you ashamed of yourself? which day have you ever gotten to make just a local slay queen update her playlist with Gospels or have you ever even evangelized to and followed up that 1 local prostitute till she joined the church choir?

And how’s a sinner ever going to repent if you always telling him or her off as unworthy of singing to HIM???

Many can go on wasting time saying it’s wrong that Tasha brought Minaj to hop on a gospel song, well I don’t have time to do mediocrity, I’m busy getting ready for an overflow.

Want to join the discussion?
Feel free to contribute!

The disturbing state of the Biafra Movement – Seyi LawWhat was that stupid thing as a fresher?
Scroll to top